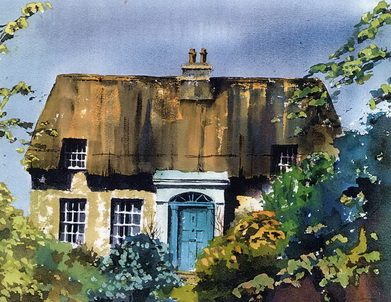 The Massey Cottage, Killarney Rd., Bray.
The Massey cottage is the last thatched cottage in Bray. Originally owned by two spinster sisters named Massey. They lived on their own but were continuosly  harrased by an greedy bastard who eventuallly inherited the house. He sold it on in the 90s.
It is now in good ownership but the original wrought iron gate has been removed and the opening  between the two cut stone pillars have  been blocked up   with concrete blocks crudely. The side vehicular entrance has now also been closed off with shiney sheet steel Gate !
Powered by